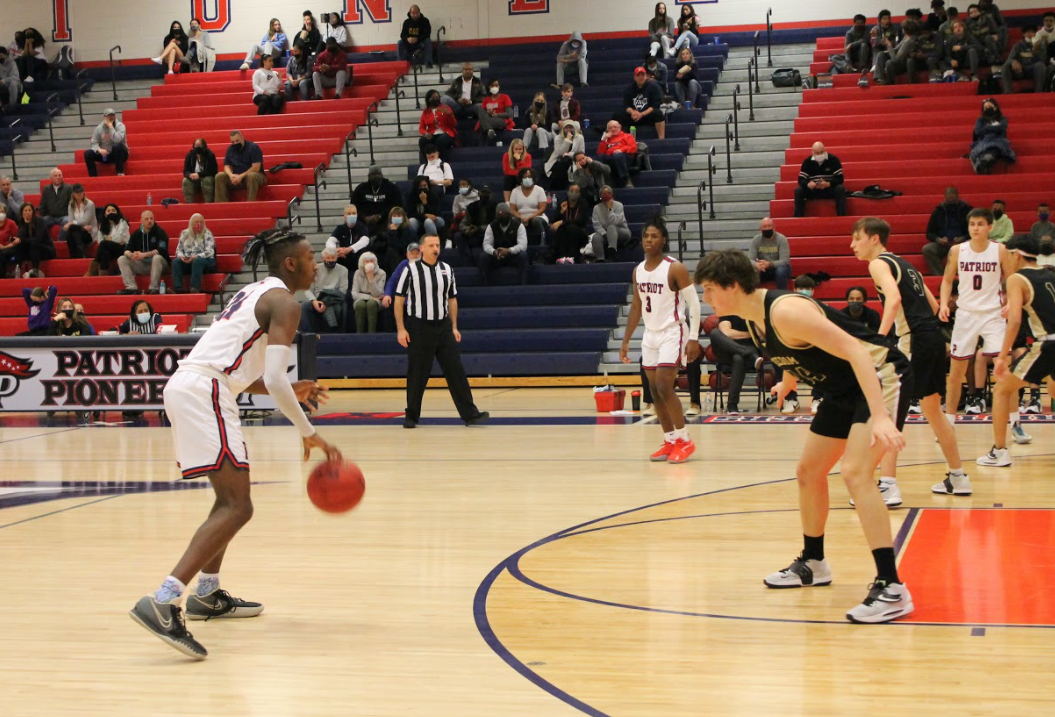 Jay Randall (’23) prepares to shoot the basketball. The varsity boys basketball team is currently undefeated with a record of 19-0. (Sean Coleman)

Jay Randall (’23) prepares to shoot the basketball. The varsity boys basketball team is currently undefeated with a record of 19-0.

The Patriot Pioneers boys varsity team destroyed the Freedom South Riding Eagles, 72-40, in a physical battle on Wednesday night at home, continuing their undefeated season and changing their record to 19-0. This marked a historic night for head coach, Sherman Rivers, where he earned his 100th win of all time for Patriot.

The Eagles started off quick, scoring a fastbreak and one off of a steal, giving them the early lead 2-0. The Pioneers, however, were unfazed and went on a 12-0 run with savvy press defense and offensive rebounding. Patriot ended the first quarter up 23-5 with every ounce of momentum possible. Freedom looked devastated and hopeless when the buzzer went off to exclaim the end to the first quarter. The Pioneers showed that they could start off guns blazing, scoring nine more points than they did in the first half of their last game against Osbourn. 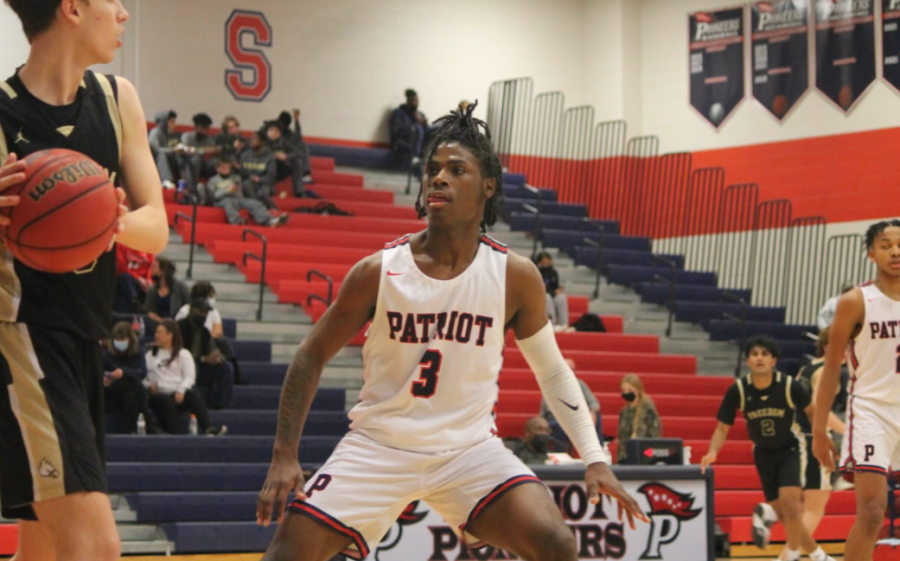 Nasir Coleman (‘23) led the Pioneers throughout the 2nd quarter, leading it off with an inbound pass steal and a full-court drive, finished with a tough layup. Patriot’s physical and fast defense started leading to multiple fouls and gave up some points at the line. However, on the other side of the ball, their offense was able to create contact with ease and nailed their free throws.

Freedom felt like they had something going for them in the 2nd quarter until Jay Randall (‘23) put his body on the line and took a charge falling to the ground, stopping them from a layup. Brady Page (‘24) took another charge late on in the 2nd and came back later with a three that had the crowd hype. Patriot ended the first half up 39-14, more than doubling Freedom’s score.

The Pioneers went into the locker room with the utmost confidence and came out with even more. The team was laughing during second-half warm-ups, while on the other side of the court, Freedom looked hopeless.

To begin the second half, Nick Marrero (‘22) rebounded a missed layup and passed the ball full court to an open Courtney Davis II (‘22) for a fastbreak score. Zach Cook (‘24) from Freedom started heating up in the 3rd quarter, scoring multiple baskets for the Eagles and giving them a sliver of hope. However, Brady Page (‘24) came back the other side and handed the ball off to Mike Ackerman (‘22), who made an open deep three that disrupted Freedom’s run. With one second left in the 3rd, Dezmond Hopkins (‘24) drove inside and made a layup while fighting through massive contact and got an and-one.

The Pioneers were up 26 leading into the 4th quarter, with zero signs of slowing down. Ackermann continued his shooting spree, hitting another three to kickstart the 4th quarter. Then, Coleman came back with a fast break layup to build on his already stellar game. Xavier Allen (‘23) sealed the game off completely when he got the board off a missed shot and put it back up. The game ended 72-40, continuing one of Patriots all-time greatest basketball seasons.

Coleman and Hopkins led the Pioneers with 13 points each. Ackerman scored 3 threes and ended with 11 points. Davis II had a double-double with 11 points too. With Isaiah Vick (‘24) injured, Randall was forced to step up as the lone interior defender and didn’t disappoint. Cook played exceptionally and was Freedom’s main bright spot throughout the game.

Patriot looks to build on their winning streak and carry this momentum into their next varsity double header game against John Champe, on Feb. 9 at 7:30 p.m. and girls’ varsity at 6:00 p.m. 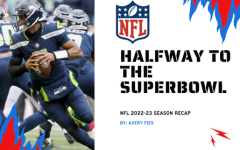 Halfway to the Superbowl 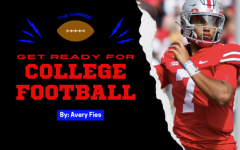 College Football is a GO!

Cleveland Browns star QB, Deshaun Watson has officially been accused of his 25th sexual assault allegation. He will serve an 11-game suspension, witho...

After a tough loss against UNC Tarheels, 81-77, in the Final Four on Saturday night, Coach Krzyzewski was not ready to discuss the end if his coaching...

The Unfair Distribution of Athletic Funds in High School Sports

Throughout the U.S. there is a wide variety of different high school athletics for students to choose from. From football and basketball all the way t...

Donate to The Charge
$40
$700
Contributed
Our Goal
Submitting donation...